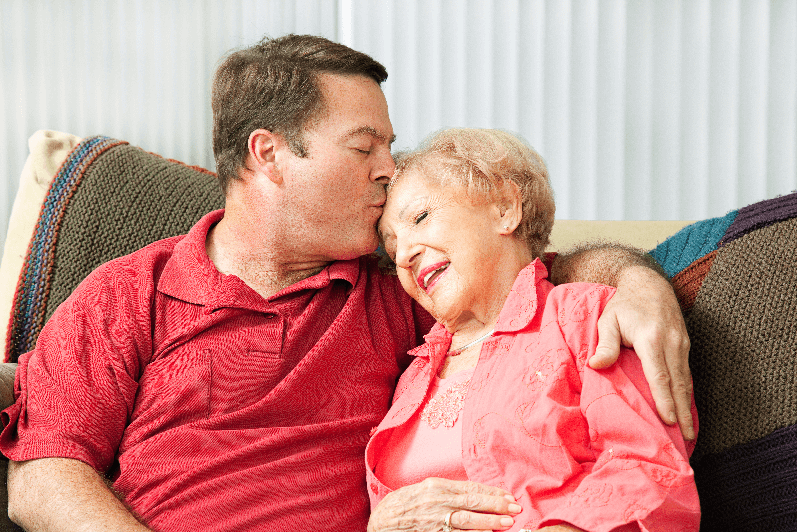 Gary had spent his life climbing the ranks of the corporate world. He went to law school while running a real estate joint venture and still graduated at the top 25% of his class.

After years as a transactional real estate attorney, Gary soon noticed that it started to take him longer to finish his work. Although he was once detail-oriented and organized, he found himself struggling and was fired from 2 companies within 3 years.

These unexplained changes became so frustrating that he finally went to a neurologist. To Gary’s dismay, he was diagnosed with mild cognitive impairment, which would later develop into Alzheimer’s. Like Gary’s story shared from the organization Us Against Alzheimer’s, there are countless patients and their families that are affected by this devastating disease.

Age, family history, and additional medical conditions are all identified as risk factors associated with Alzheimer’s disease. However, researchers are now finding that their are also risk factors within our control.

What is Alzheimer’s Disease?

Alzheimer’s disease is a type of dementia marked by changes in thinking, memory, and behavior. According to the Alzheimer’s Association, more than 5 million Americans are living with Alzheimer’s and that number could reach as high as 16 million by 2050.

This cognitive disease develops in the following stages:

Early Stage: The early signs of Alzheimer’s disease can typically be seen in memory lapses, which includes having difficulty remembering familiar words or objects.

Moderate Stage: During the moderate stage of Alzheimer’s, individuals will show clear-cut symptoms that affect their daily life. At this point, they may need some assistance but can still perform basic tasks.

Severe Stage: By the late stage of Alzheimer’s, individuals will need round-the-clock care. They will need help with basic tasks like eating or using the bathroom. As the disease progresses, they will eventually lose the ability to respond to their environment.

A study from the University of Central Lancashire found a connection between gum disease and Alzheimer’s disease. Researchers looked at 10 brain samples donated from patients with dementia and 10 samples from patients without dementia.

They found Porphyromonas gingivalis, the bacterium associated with gum disease, in four of the samples from patients with dementia. Researchers believe that bacteria can enter the bloodstream through normal daily activities like brushing or chewing, and can make its way to other areas of the body.

If bacteria reaches the brain, it could trigger an immune system response that alters the brain and leads to symptoms associated with Alzheimer’s disease

Another study from King’s College London and the University of Southampton followed 59 test subjects with mild to moderate dementia for six months. Their study revealed that test subjects who had gum disease at the beginning of the study experienced mental decline six times faster than those without gum disease.

While no definite causal relationship has been established between dental health and Alzheimer’s, we do know that dental health has been linked to several other systemic conditions like stroke, diabetes, and heart disease.

With that said, you have more reason than ever to take care of your smile! Here at our Kingston office, we strive to provide the highest quality, personalized care for our patients. To learn more, contact our office today and schedule your next appointment with Dr. Ian Smith.

"This is an outstanding dental practice. I give it a 5-star rating. Dr.Smith is an excellent dentist. The hygienists, receptionists,billing persons,et al know their jobs very well. Everyone working here is courteous and helpful. The place is spotless. Parking is no problem."

"I have been a patient of Dr. Ian Smith for 4 yrs. To put how I rate his professionalism is simple. He is one of the most trust worthy and knowledgable dentists I have ever known. His mannerisms and quality of care is above 5star. His staff is equally first class."

"I am very pleased with your overall practice. Your staff is very efficient, friendly and go to extra lengths to ensure that quality service is provided. I am particularly pleased with your attention to detail and concern for all aspects in your offered treatments. Your concern for patient satisfaction is very commendable and appreciated."

"I have NEVER been to a more thorough dentist in my life! I am so pleased that I found Dr. Smith and his very capable staff, who give me the most thorough check-up I have ever had. He and his staff will surpass your expectations!"